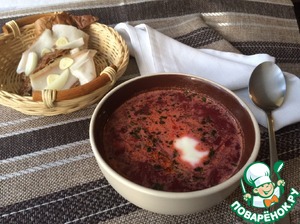 Sorry for th recipe of soup! This is my debut on the site. And to start I decided on the dish, once cooked me. Such a soup there yet, but he deserves to be. The name of the soup I gave the recipe as it shared with me my sweet mother – Galina Petrovna. Its roots, like soup, go deep in the Ukraine. This recipe was cooked when she was little. I he appeared six years ago, but I use it only a year and a half. I was very confused by the cucumber in the soup. Skeptically I approached it – whether soup, or pickle... As practice has shown – in vain! I probably would never have ventured to execute this recipe, if... we Arrived somehow back to town for the day to collect berries. Lunch was soup. From the second I refused. After two bowls of soup it wouldn't have fit. For dinner I also asked for soup. And jar I a poured. I am 17 years old I cook borscht. Tried a bunch of different versions of recipes. For themselves settled on this. May be this taste like. 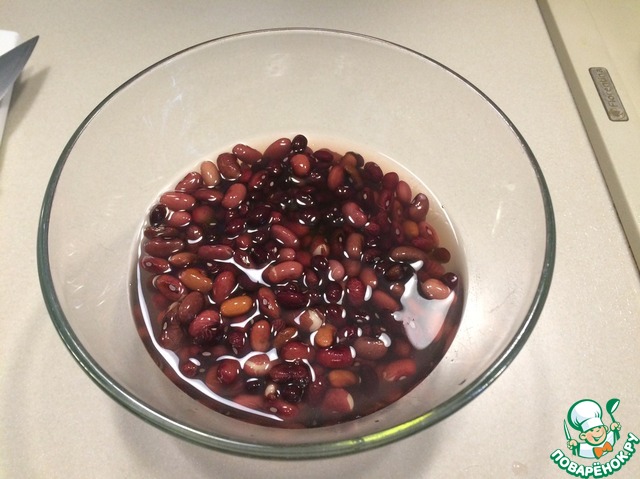 Soup I cook for 2 days: the first day cook the broth, and the second day turn it into soup (love potion). Rinse the beans and fill her with cold water. Start to be creative. To start, create the broth. Sorry, I forgot to photograph the products for this religious rite will have to be limited to the description. 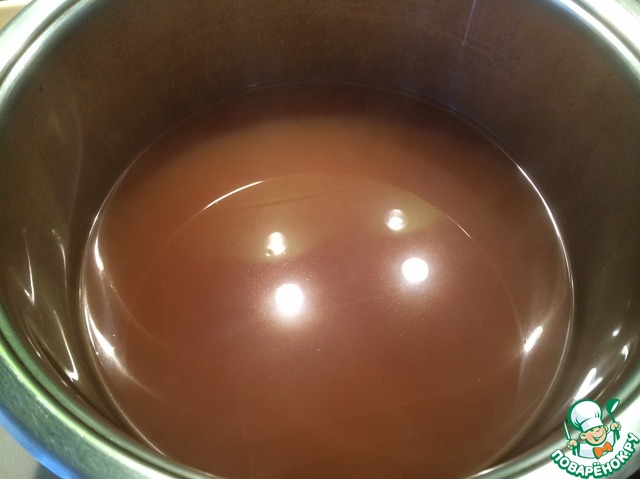 I prefer to cook the broth from the bones. This time I was lucky enough to become the owner of chic on the bone veal shoulder blade. We love to eat soup with fat, so cook minimally greasy broth. You can choose any piece that suits your taste. So, we wash our bone, put in a large pot and fill about 3-4 liters of cold water. Put on high heat and wait for boiling. Further optional: you can drain the water, rinse-wash and fill again with cold water, and it is possible to remove all the foam is dirt. I chose the second method. When the broth is ready, we strain. The dirt was removed, now rubs 7 peppercorns (no dust, no!), so, that broke into several parts. Adding to the bone, so she is not bored in splendid isolation. Reduce the flame and cover it. The process goes in the pan as when cooking jelly – gurgling on the surface no, but it is clear that lower water moves, twists... In this anguish we leave our saucepan next 3 hours of your life to dedicate useful/enjoyable activities. We continue to brew our potion. Add to a pot of peeled onions, carrots and beets. Whole, cut nothing. Cover with a lid and we again have time. Two whole hours. After which just turn off the heat and leave to infuse till the morning. Of course, everything can be accelerated. For a good enough broth 2.5-3 hours. But now I have this ritual. Anyway, proceed to the second part marlezonskogo ballet. Filter the broth. With the bones and remove meat with a nice beet, huh delay in storonku. The rest is disposed of. 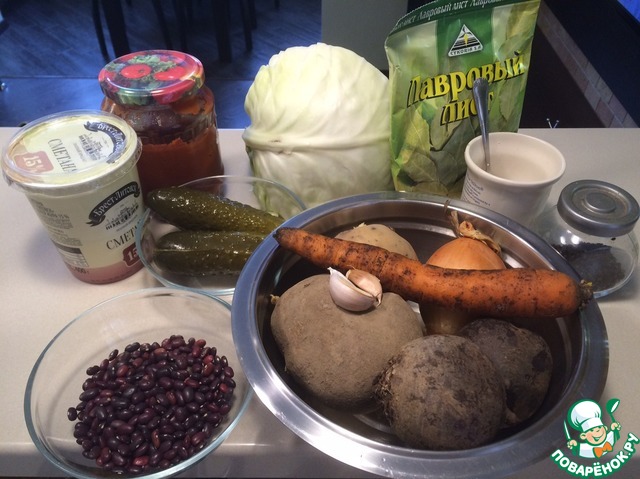 In the almost boiling broth loaded beans, do not forget to drain the water. Cover with a lid and cook for 2 hours, stirring occasionally. Now it's time to start preparing foods – wash, peel, again my cut vegetables. 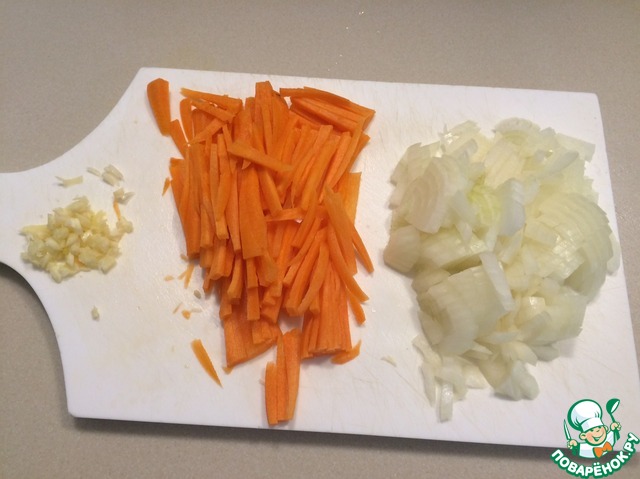 Onions I cut cubes, but more beautiful half-rings. I could never afford that, because my daughter will catch the bow across the plate. Carrots cut into thin strips, garlic press with a knife blade and cut. Beetroot is also better to cut thin strips. And raw and cooked. Only in different dishes. I was just daydreaming about something and rubbed on a coarse grater. Worse, the soup was not, of course, but beautiful all the same cutting strips. Cabbage cut into thin strips. Potatoes also sticks, but not so thin. Pickled cucumbers three on a large grater. If you are using fresh tomatoes, then make a cut a cross on the place where previously was the stalk and fill with boiling water for 30 seconds. Usually this time is enough for skinning painless. Cut into large cubes. I have now spring, all tomato supplies have dried up and therefore had to settle for tomato paste. Everything seems prepared. Try the beans... soft, only the top shell is still harsh. 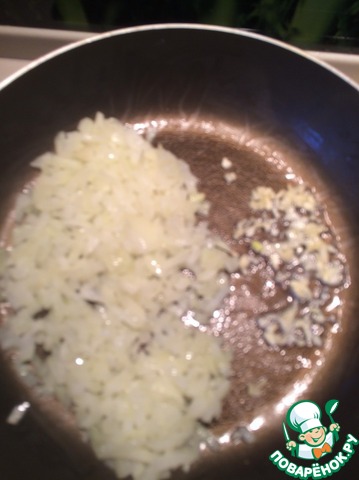 Continue to conjure. Put in the potatoes and broth in a pan with oil (I had lard) fry the onion for a few minutes. Move the onions to one half of the pan, and on the other spread garlic (1 crushed and chopped clove). Fry 30 seconds, stirring all the time. 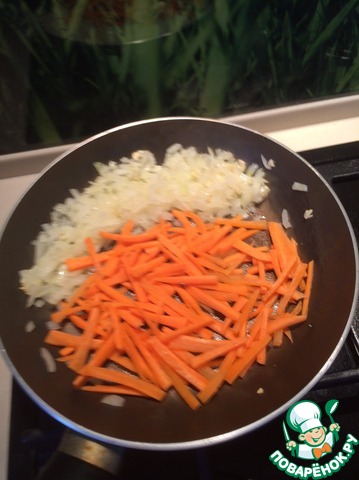 When you go the smell, just mix with the onion and again move half of the pan. In the second half fry the carrots for 1-2 minutes. 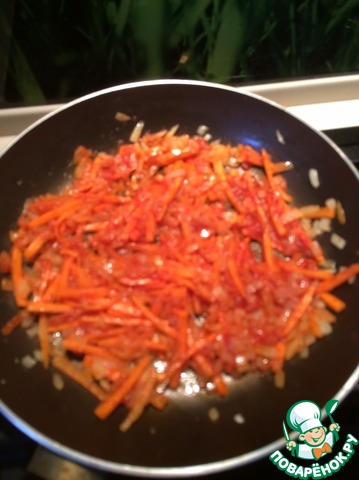 Mix all together and add the tomatoes or tomato paste. A further two minutes not forgetting to stir, and turn off the heat. 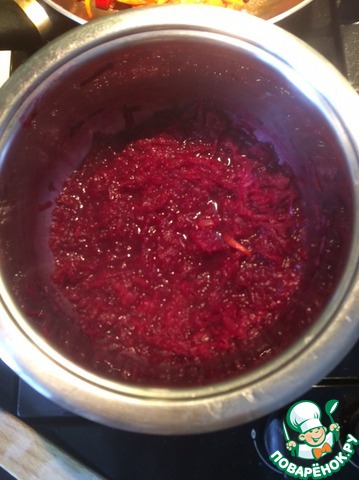 In a small saucepan pour a little vegetable oil and put the raw beets. Fry for 2-3 minutes, stirring constantly. Reduce the heat to low and pour 2-3 ladle of the broth withdrawn from almost borscht. Cover with a lid and leave to languish. In the process, if the broth will boil, you add it, please. 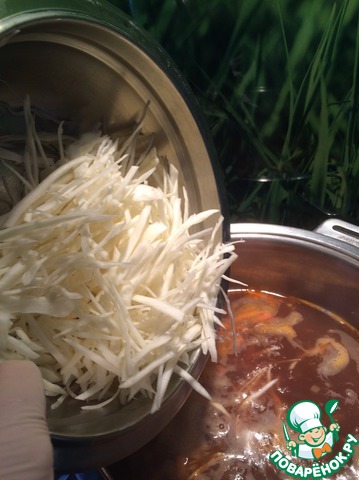 In a pot, add zazharku of onions and carrots, and five minutes later, when nearly boil our potion, put the cabbage. 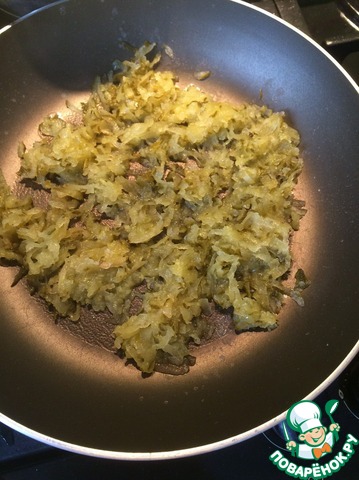 The frying pan was freed. My and put again on the stove, heat, grease with oil and spread the cucumbers. 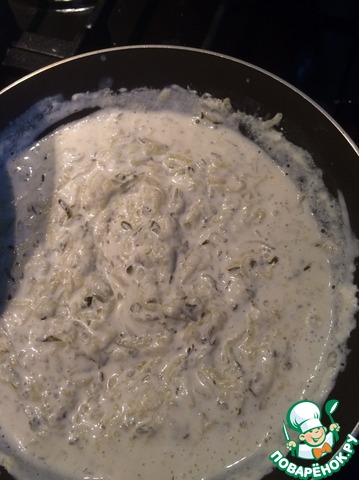 Fry a couple of minutes and pour sour cream. Stirring constantly, bring to gurgling on and off. 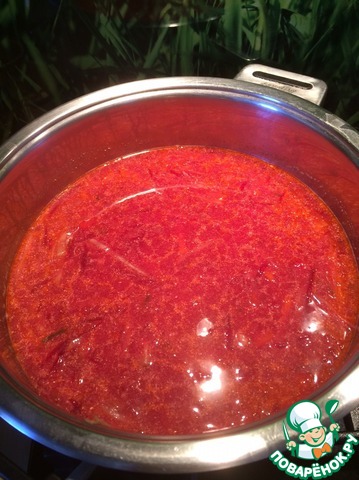 Again switched the focus to our products. Attempt potatoes, pressing it with a spoon to the wall. If it's not right, but breaks down, then you can already add the cucumbers. Try and decide how much salt we add. Decided? Add. Leave for another 5 minutes. Again and check the potatoes. If you are ready, then it's time beets from a small, individual pots to move in a large communal pot. Immediately add to cooked and chopped/grated beets from the broth and meat that we removed from the bone. Allow the ingredients to marry 4 minutes, making our potion in almost a soup. Try. 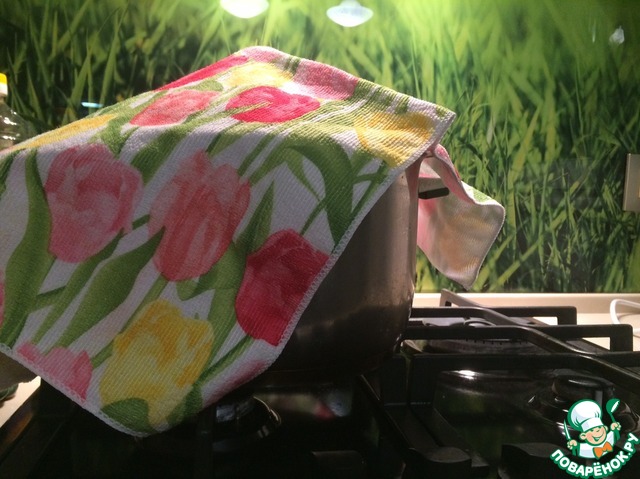 Beans gives the sweetness, so add sugar no need, but if you want to – for God's sake. At this stage it is not too late to fill this gap. For acidity, we added the cucumbers. Therefore, the need for lemon or vinegar is also eliminated. Yes, before they were not (the recipe will say my daughter is old). But if you really want – please. You create the potion themselves, but because everything is in your power. In General, try and if you lack something, add. Lean over the pot (just a hair pick, so as not to inadvertently add. We have not declared this ingredient), looking in the soup, smiling, remembering loved ones and saying how we love them as we try them, we wish them health, so the family was strong and United. Not forgetting to stir in a clockwise direction. Bring almost to a boil and switch off. Squeezing 2-3 cloves of garlic (not in recipe, a habit I have) and put 2 leaves of Laurel (if the purchase is 2, and if the suds brought laurels, then 1). Close the lid and leave for 20-30 minutes. 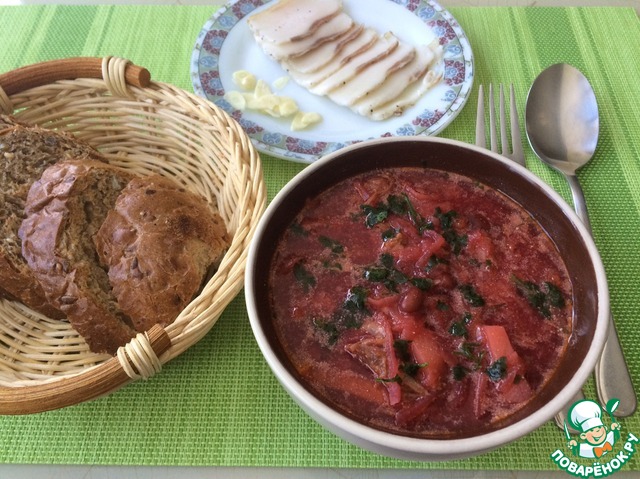 While the soup is brewing, on the pan without oil dried bread, thinly sliced bacon, petals garlic and onions into quarters... 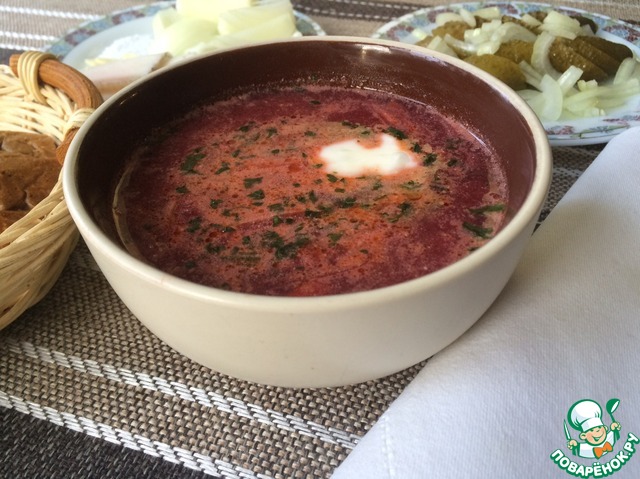 After lunch, everyone will be in a good mood, friendly and helpful to each other. and we did and achieved.
Comments and reviews 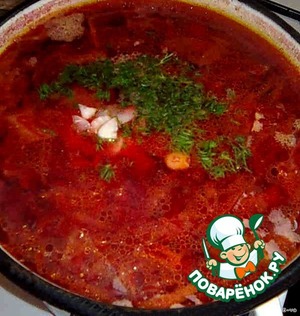 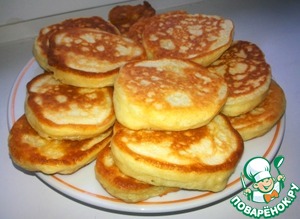 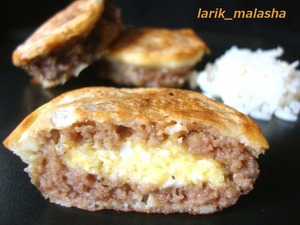 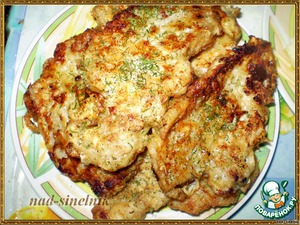